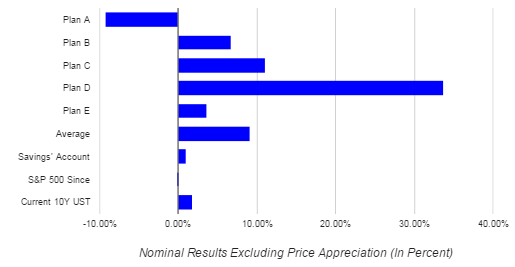 The mainstream instrument comparison were as follows: a high yield savings account from Ally Bank (the highest I could find), the S&P 500 since beginning the investment comparison result, and the current yield of a ten year US Treasury bond. Note that above comparison is a paper comparison in that it assumes an exact purchase of securities during the time range of beginning bitcoin investment opportunities - for an example, someone may have purchased the S&P 500 later at a lower price than was reflected in the beginning of its paper comparison. In addition, the above comparison excludes the price appreciation of bitcoin.

"But If Bitcoin Falls In Value, Won't This Hurt Investing With It?"

One question people ask about investing with bitcoin is what happens if bitcoin falls in value, while my investments may be solid? Won't this make my learning irrelevant?

First, if bitcoin fall in value, bitcoin becomes cheaper to own and considering that we can use this currency as the underlying principal for much of what we mention in this course, this increases our ability to use bitcoin to support our investments. A simple example of this is if we use two bitcoins for peer-to-peer or local investments, and bitcoin falls to a price ¥500, we can buy more bitcoins to support more of our investments.

Second, we look at investing in markets that are not subsidized by central banks, which allow us to learn the economic techniques described in the economics section. These are not theories; they are facts based on what we learn from investing and from these markets. Unlike speculators who hold bitcoin and hope it rises in value, we are actually using bitcoin to increase our ownership of bitcoin, along with raising our standard of living through the investment in sound ideas.

Renminbi Price of Bitcoin When This Course Began 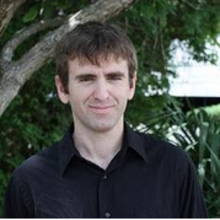